E-learning and technology is not the first thought that comes to mind when debating about the promotion of equality and redressing poverty in Muslim communities. However, e-learning might help overcome some of the basic underlying issues affecting participation in education and in the economy.

The practical barriers to education and economic participation can vary from country to country and the issues faced by women are not homogenous to all Muslim women. There will be, however, commonalities of experiences across different cultures, such as: jobs or business opportunities not matching skills levels of communities; patriarchal or tribal cultures that promote industry cultures which assume males as income earners and females as home makers; women having disproportionate familial, childcare or caring needs which make employment difficult; poorly developed educational infrastructures; lack of flexible learning opportunities which can address women’s increased caring responsibilities; lack of soft skills and low literacy levels; the geographical distribution of employment opportunities; poorly developed, unsafe or unreliable transport links (particularly in rural areas); the requirement of male chaperones to accompany women in all public places; cost of face to face education linked to meaningful employment; educational courses not linked to local employment opportunities; class-based difference where on one hand its lifestyle choices for working and on another economic survival driven; lack of confidence and esteem; and poorly understood notions on role of Muslim women working in Muslim societies. One or more of these barriers can create considerable reasons why Muslim women may not participate in traditional formats of learning, which, consequently impacts on employment and career development.

Indeed, not all of these issues are unique to Muslim women but they can be compounded considerably if the women are of poorer backgrounds and economically unable to invest in their livelihood. Therefore, a co-ordinated approach by government and NGO support agencies is vital to creating opportunities that are sustainable and viable long-term.

It is difficult to draw conclusions about gender, education, employment and Islam without the danger of oversimplification, generalisation and, potentially, stereotyping. Therefore we must clarify what is meant and how that links to E-learning and the broader economic participation agenda.

Gender, as a definition, encompasses social characteristics of what means to be a woman or a man and, therefore, defines boundaries of what women (as well as men) can or should do[1]. As a result, understanding ‘gender’ and what impact it has on education and consequently e-learning participation is influenced by culture, social norms, different interpretation of religious books, localism and even family and personal values. In a 2006 UNESCO report, it was that in Egypt only 59.4% of women are literate, whilst this percentage becomes even lower for other Middle-Eastern countries such as Morocco, Pakistan, Afghanistan and Yemen. However, University student in Iraq and the UAE are predominantly female. In Muslim countries such as Turkey, Malaysia, and Indonesia, female education is not really an issue. It is, however, still an issue in some countries: Iran recently banned women from over 70 different degree courses[2].

Equally, e-learning has been affected by easy access to the Internet, which, in turn, has been determined by issues of political control and censorship. As an example, in the Middle East, fears of external political influences and strict religious controls has delayed the development of easy access to the internet. In addition, general population attitudes towards e-learning are negative in the Middle East as they consider it to be a lower quality educational option to traditional education (class-room based). Finally, in some Middle East countries, there is general lack of awareness of e-learning as an option of learning, both amongst potential learners and employers[3].

On the opposite end of the spectrum, other majority Muslim countries lead the way in technology, internet use and e-learning. Singapore was ranked 7th in the world in e-readiness in 2009[4]. Malaysia has increased internet penetration from 15% of the general population in 2000 to almost 63% in 2008[5]. All of these factors impact greatly on e-learning generally speaking and in terms of the access of women to education, training and e-learning.

In poorer communities, individuals, and particularly women, are less likely to undertake learning for learning sake; learning will be strongly linked to earning a livelihood. A poor woman in rural Bangladesh or Indonesia, for example, is less likely to be interested in learning for accolade but will want to know how learning can enhance her chance to earn a living and to feed herself and her family.

The relationship between education and financial and economic equality is bidirectional. Equal participation in education is paramount as a means to addressing economic disparity too: “Education can play an important role in narrowing labour market gender gaps. Governments that tolerate large gender gaps in their school systems are not just depriving young girls of a basic right, but also undermining the national economic interest”[6]

An interesting observation of Muslim countries is that although women might not participate in the economy in the same way, the gender segregation means that women and men have to become equipped in all industries whereas in the West we may have industries skewed to a particular gender. This creates challenges for face to face delivery but opportunities for E-learning as it does not have the same contextual challenges as face to face.

In the Arab countries, 65 million adults were illiterate; two- thirds in this category were women[8]. Arab countries are only slightly outperformed Sub-Saharan African countries in female primary education gender parity and only outperformed Sub-Saharan and South and West Asia in secondary education gender parity[9].These inequalities, which are not confined to majority Muslim countries only of course, have to be addressed in order to ensure that significant work is done to close the gender gap in education and economic participation.

Furthermore, e-learning can address issues around capacity and demand and so increase the diversity on offer for skills in a particular country, region, city or locality which might not be a financially viable option for face to face delivery. E-learning and technology can really help where there are skills shortages and few experts as it can draw on international expertise and reach bigger audiences. For example, a small city or area might have a demand for car mechanics or hairdressers and in order to do the course, it is a significant distance away at a set start date in September. This could act as a significant barrier where traditional, classroom-based education is concerned, but e-learning could allow flexible start dates and allow one woman in that town or village to undertake that course. Combining the course with other key courses such as finances and enterprise skills and linking to NGOs and Microfinance schemes could create micro-enterprise development in a way which was previously unfeasible.

There is substantial evidence on how to address educational inequalities by using e-learning at early stages: In Saudi Arabia, e-Learning modalities are used at all levels of education. In primary and secondary schooling, e-learning enhances students’ experiential learning and research and increases accessibility to education for students whose geographical location or health conditions might otherwise limit their accessibility. Educators and program designers are beginning to realize how greatly the potential of e-learning surpasses that of the older correspondence course[10].

E-learning and gender issues is a relatively new area of research and there is a lot that still needs to be learned. Researchers have just started looking into the advantages and disadvantages. On the one hand: “researchers have found that the online environment can be openly hostile toward females, with men often dominating discussions and making negative comments about females”[11].

On the other hand, flexibility, control over training, on-demand supply of modules and training are seen as major advantages that may allow more women to access education and training. More importantly, the financial accessibility of e-learning is one factor that may facilitate the increase of women in education and training. Lower overall cost, as well as increasing number of options to buy ‘bite-size’ training and education (for example, modular approaches) will facilitate more access to education and training for women who are over-represented in the lower incomes globally as well as facing disparity in educational participation in most countries[12]. “Due to the lower cost and convenience (anytime / anywhere) of the e-learning educational model, web-based education has grown substantially in the Middle East and North Africa (MENA) region during the past 10 years. Several countries in the region… are currently developing unique software and architecture and producing peer-reviewed scholarship on e-learning in international journals.”[13]

Some researchers have suggested a Third Shift in women’s roles, adding e-learning to their responsibilities as mothers and employees, in countries like the USA where women, it is claimed, make 60% of the e-learning participants[14].

Is E-learning the answer?

E-learning and technology might not be the full answer in addressing educational and economic poverty for women. The issues involved are too complex and too deeply-rooted to be addressed so easily. However, both e-learning and the underpinning technological infrastructures can realistically be a part of a wider solution and tackle some of the long seated barriers to a more gender-balanced society. E-learning as a conduit and facilitator to learning and economic participation can bring together a number of disparaging and stand-alone issues and create ‘catch all’ solutions which are economically viable and effective. A small example is the way that the use of mobile phones and smart-phone technologies make teaching and reaching women considerably easier.

However, the key to success in e-learning is well designed solutions at the onset of planning and delivery which allow for in-built flexibilities needed to enable it to adapt to diversities of needs. E-learning on its own might not be the complete solution, but has to be seen as a partner to any mechanisms that help tackle barriers to economic participation in Muslim communities. With its unique strong points, it can be a great partner of both business and governments to enable greater economic and social participation which fits within, rather than working against, existing cultural, religious and political frameworks globally.

[3] Models of e-learning adopted in the Middle East by Abdulrahman A. Mirza *, Mohammed Al-Abdulkareem; p. 83, in Applied Computing and Informatics, 2011, 93

eLearning Companies LearningLight
Here we look at some of the top government elearning providers and example public sector clients that they have supported with content or technology. Government... 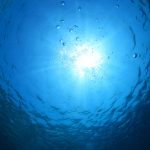 eLearning Companies LearningLight
We see a new paradigm of learning genres emerging (or have emerged) and Immersive Learning is one of the elearning industry's big four.

eLearning Companies Av Srivastava
If you're looking for an LMS in Australia, below we profile some of the best learning management system providers who are proven in supporting...