(Please note: You can also view the ‘elearning and equal participation in Muslim communities’ article here and the ‘The Middle-East, Innovation and elearning’ article here.)

Women and Islam: How elearning can overcome traditional barriers to learning in Muslim communities

From a religious perspective, this is much further from the truth. This doesn’t mean that cultural and traditional barriers do not exist in various Muslim societies but elearning could be a vital part of the solution to overcoming some of the traditional barriers.

Women in Islam are guided by primary Islamic sources of personal law: mainly the Quran and hadiths as well as some other, secondary sources. However, in most Muslim countries, societies and communities across the world, in addition to religious guidelines, women are guided pre-Islamic or current cultural traditions and customs and social background. All of these factors play an important role in influencing Muslim women’s life, including their education.

“Islam encouraged religious education of Muslim women. Muhammad praised the women of Media because of their desire for religious knowledge[1]. It has been rightly claimed by some scholars “that any interpretation of the Qur’an that is discriminatory against women is contradictory to… ultimate purposes of Islam”[2]. It is also “apparent from the Holy Qur’an and hadiths that the acquisition of knowledge is obligatory for women in the same way as in the case of men”[3].

It is therefore the specific interpretation of religious texts, custom, culture and tradition that interweave and which are too often used to justify barriers to education, especially when it relates to women’s lives.

The practical barriers can vary from country to country. The issues are not homogenous and do not affect all Muslim women to the same extent. However, there are common experiences across different cultures. Here are a few of the barriers to women’s learning: patriarchal or tribal cultures; familial, childcare or caring needs; poorly developed educational infrastructure; low literacy levels; the geography of educational institutions being too far from home; poorly developed, unsafe or unreliable transport links (particularly in rural areas); the requirement of male chaperones to accompany; cost of face to face education; educational courses not linked to employment opportunities; lifestyle choice rather than economic survival driven; confidence, esteem and poorly understood notions of the roles of Muslim women in Muslim societies. One or more of these barriers can create considerable reasons why Muslim women may not participate in traditional formats of education and learning.

Not all of these issues are unique to Muslim women but they can be compounded considerably if the legal and political position of women is not equal to that of men. The Muslim women in Western societies may have a slightly different experience to those in the Muslim majority countries.

In Western societies, there may be fewer social, political and economic barriers to women’s learning, but Muslim women still face the personal and familial barriers, and have the added dimensions of mismatch between the host society’s culture and their needs. This mismatch creates different barriers, such as prejudice or lack of relevant skills to the job market. Again it is important not to generalise as the class and social status of the Muslim women has a part to play in the relative opportunities accessed by women. There may be key gaps in knowledge of English (or host country language) that relate to basic education which mainstream agencies cannot fill.

We need to approach women’s education in both Western and Muslim-majority countries, societies and communities with caution and avoiding stereotypes: “the level of women’s education has increased substantially in most of the Islamic world and women have higher access to formal schooling and acquire information through various means of communication”[4]

A UN report has highlighted that gender inequality in education occurs across the world, in different forms and for different reasons:

Cultural change is never easy to manage. There is a fine line between respecting cultural values and facilitating existing barriers and discrimination against women in strictly patriarchal societies. A number of short-term and reactive interventions or programmes on both a national and local level have been designed to address the access to education but with varying success. They have been designed for a community rather than solutions within a community. Some have been based on perceived need rather than actual need so they may have addressed a superficial without addressing underlying causes or barriers.

elearning can really help move the education of women forward in a way that tackles both some of the practical and underlying issues.

Education is essential in transforming women’s lives: “Education is the main driving force of development, autonomy and demographic change. It provides women access to modern ways of thinking, confidence to engage with the modern world… and stimulates higher levels of gender equity within couple relationships.”[6]

elearning is transforming women’s access to education across the world. According to the American Association of University Women (AAUW) “over 60% of those currently studying online are women, most of them over 25-years-old. Online education for women, more so than men, is perceived as a viable learning option”[7]

An example of how elearning is supporting women overcoming barriers in even the most religiously and culturally restrictive countries is Zayed University. Zayed University is an all-female university in the UAE which conducted a study regarding elearning’s impact on social and cultural limitations of higher education. In the Middle East region social values and expectations with regard to males and females are markedly different. Female students at Zayed University are not allowed to be present on campus after working hours of the day nor at the weekend. Utilisation of learning management systems (LMS) makes it possible for (female) students to interact with faculty members at any period of the day or night. When confronted with a male faculty member, female students may also feel a little shy when participating in in-class discussions. The results of the study revealed that 74.2% of the female students were more comfortable posting their opinions on discussion boards as opposed to having to speak-up in the classroom. 71.2% felt that they had become more confident in expressing their ideas. Additionally, 85.6% of the students were satisfied with the online class environment[8].

The example above demonstrates that in environments in which social norms and gender stereotypes restrict female participation in education and / or interaction within educational establishments, elearning can be a means of change. However, although elearning can facilitate overcoming some barriers and can become an agent of change, it cannot, on its own, challenge all the causes of inequality.

elearning can provide that opening to Muslim women’s learning that is flexible to familial and personal circumstances and geographical barriers. It can provide adaptations to delivery and languages to learn key skills that face-to-face delivery would be very expensive and too rigid to be utilised.

The unique way that elearning can be set up so that it fills gaps in knowledge in a succinct yet comprehensive way enables the requirement of the basic building blocks for future learning to be met.

Although a whole society may be nearly impossible to change overnight, and the development of a cultural response to gender inequalities is a politically and socially complex issue, elearning can work within existing cultures, is manageable, and can be structured to increase accessibility to education, and thereby contribute to addressing these inequalities.

elearning will obviously require investment in IT and enablement related technology but could be a real enabler of education. The distant dream for many Muslim women might be closer to reality than envisaged.

[8] Models of elearning adopted in the Middle East by Abdulrahman A. Mirza *, Mohammed Al-Abdulkareem; p. 83, in Applied Computing and Informatics, 2011, p. 93). 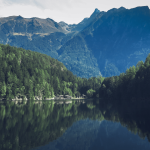 How to Increase Psychological Safety at Work with Training Simulations

eLearning News & Views Av Srivastava
Here we look at how to increase psychological safety at work by leveraging the latest in employee training simulations. When Google conducted research into the... 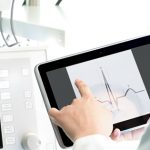 Training & eLearning for Your Industry Av Srivastava
Medical professionals need to complete regular CE / CPD to stay on top of their field. HR needs to ensure that their work stays compliant with fast-changing industry regulations.