Home The Middle-East, Innovation and E-learning

The Middle-East, Innovation and E-learning

The Middle-East, Innovation and E-learning

Driving forces of innovation in the Middle East

When thinking of the Middle East, many have misconceived ideas of deserts, camels, flowing robes and souks with exotic smells and luxurious fabrics, but not of economic powerhouses with massive latent potential waiting to be utilised. STOP and think again. The true economic opportunities can often be overlooked by our skewed perception of what there is on offer in those markets and media led perceptions.

For any discerning investor, the economic potential offered has to be considered on a much more serious level if we want to permeate those markets. Global and regional education suppliers are raising their stakes in the Middle East as the region’s e-learning market sees revenues rising to $560.7 million by 2016[1]

The Middle Eastern and North African (MENA) countries are often grouped together purely on the grounds of geographical proximity, loose cultural ties and misconceptions of ethnic and religious commonalities. Nevertheless, the MENA markets are not homogenous and it could be a dangerous exaggeration and oversimplification to treat all the countries the same. For example, the GCC (Gulf Cooperation Countries) have very different priorities, needs and resources compared to their North African and Mediterranean counterparts.

Despite popular misconceptions that the Middle Eastern countries are traditional societies, they often are more open to innovation than many of their Western counterparts where economic opportunities are concerned. Professor in Business and Technology, Soumitra Dutta, has just compiled a Global Technological Innovation Index INSEAD, which places the United Arab Emirates in 14th place, with Israel 18th in the world and Kuwait ranked 30th[2].

The pace of change in the Middle East can be evidenced in a number of ways. First, there is a growing recognition that online education should be seriously considered, as evidenced by the many conferences on this issue held in the region. Second, the past decade has seen the birth of universities set up specifically for online education (e.g., Hamdan Bin Mohammed e-University (HBMeU), set up in 2002 as the region’s first virtual institution) while U21Global and the Syrian Virtual University, both in Dubai’s Knowledge Village, and, more recently, the strongly marketed University of Liverpool/Laureate, have been developing their visibility as a provider of online degrees. The typical advantages of online education apply to the Middle East as much as anywhere, but flexibility with regard to study time, geographically remote access, and the community of global students may be seen as especially important for students there[3].

The broader Educational inequalities and educational poverty in the Middle East and / or the Arab countries are well documented[4] [5]. In response to these inequalities, “several initiatives have been taken by the Arab states… to improve literacy in line with recommendations”[6].

E-learning has, therefore, become a major force in combating educational inequality as well as a force of economic development. “It is believed that institutions of higher learning cannot afford to neglect open and distance-learning formats in order to grow and stay profitable in the current decade”[7].

Economic diversification has also become a major focus of some Middle East and Arab Countries, particularly the Kingdom of Saudi Arabia, Bahrain, UAE and Qatar. Innovation and particularly innovation in education, amongst other sectors, is a major drive[8].

As a result, “Several countries have invested extensively in ICT in a bid to modernise their schools and universities, economies and administrations”[9]. The Bayt.com ‘Innovation in the MENA’ poll has revealed that the culture of innovation in the Middle East and North Africa (MENA) is alive and well. Data for the Bayt.com[10] poll was collected online from November 18 to December 30, 2013, with 6,268 respondents from the UAE, KSA, Kuwait, Qatar, Oman, Bahrain, Lebanon, Syria, Jordan, Algeria, Egypt, Morocco, and Tunisia highlighted some interesting statistics[11]:

83% of respondents claim their organizations have long-term innovation strategies.
44% say that their companies reward employees’ creativity.
69.4% respondents state that their companies keep up-to-date with other organizations in their field and adopt best practices.
61.8% say that innovation has led to improved financial performance.
78.3% say that new ideas are encouraged and tried out.
Despite the challenges of the global economic situation, Gulf countries are increasing their investment in education. Saudi Arabia, for example, which has a young and growing population, has announced that education budgets this year will rise 13 per cent to US$36.7 billion (Dh134.80bn), accounting for more than a quarter of the country’s entire budget expenditure. These initiatives are not the result of the Arab world playing catch-up with practices in the US and elsewhere, but rather of using new learning technologies in innovative ways. Key to the success of these initiatives is exploiting the potential of the internet as a communications tool to link students with teachers and teachers with parents[12].

There are other notable examples of innovation and e-learning in the Middle East. Mohammed Bin Rashid Smart Learning Program has enabled UAE’s schools to be ahead of world-class standards. The MBRSLP is an advanced and integrated learning system in the UAE’s schools that aims to bring the UAE’s academic standards to the highest levels. Through the program, the UAE is investing heavily to bring the latest technology to the schools, encouraging the development of creativity, exploration, flexible thinking and actionable innovation, in addition to providing access to smart digital apps world and cloud computing[13].

Dubai Internet City (DIC) is an information technology park created by the government of Dubai as a free economic zone and a strategic base for companies targeting regional emerging markets. The economic rules of DIC allow companies to avail themselves of a number of ownership, taxation and custom related benefits which are guaranteed by law for a period of 50 years. One model of operation includes 100% foreign ownership, similar to those prevailing in other designated economic zones in the United Arab Emirates.

Gilat Satellite Networks Ltd (NASDAQ, TASE: GILT) is an example from the private sector: they are a leading provider of products and services for satellite-based broadband communications. Gilat currently enables tens of thousands of schools and millions of students around the world to access e-Learning applications, online libraries and educational material regardless of the condition of the local region’s terrestrial infrastructure.

Hamdan Bin Mohammed e-University, in Dubai, UA is the first accredited e-learning academic institution by the UAE Ministry of Higher Education and Scientific Research. One of its main strategic aims is to “…be the catalyst for Growth and Development of Excellence in e- Learning and its application” and includes faculties such as the ‘e-School of Business and Quality Management’; the School of e-Education’; the ‘e-School of Health and Environmental Studies’ and the ‘e-TQM Institute’ which provides consultancy and capacity building activities to the private and public sector.

The Middle East can provide opportunities for e-learning developers and technology companies in more than one way: investors of new technologies and learning, funders of research, potential buyers of highly innovative products and e-learning therefore being a strong stakeholder group for the technology and e-learning sectors.

To conclude, what does this mean for the e-learning sector? The Middle East is investing considerably in innovation and e-learning. They are committed to the growth of their economies and populations by using innovative and creative ways for achieving the desired goals and objectives of each Arab country.

However, it is imperative that any investor recognises the intricacies and subtleties which will make them more successful in accessing investment, business opportunities and developing sustainable impactful projects which will be successful in each of the respective countries. E-learning can be both the benefactor and beneficiary as part of this solid commitment to innovation. 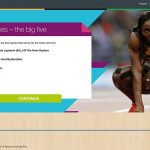 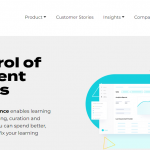